Naming all of our children after people who died on the Titanic.

Naming our offspring after people who died on the RMS Titanic seems like the ultimate hipster throwback, non? There are a lot of good, traditional Irish names on the list but Bret has rejected my idea for being “morbid,” “really weird” and “a reason for our kids to get beat up.”

For some reason, Bret cannot get behind my desire to clean up the streets of Chicago with a herd of mild-mannered, well-trained, adorable goats.

That could be me!

Naming all of our children after popular songs.

I contend that naming your children after great pop songs from history is a solid idea — every kid gets a theme song! Custom ring tones for all! Bret says that no child of his will be named after a Paul Simon song.

The bunny needs a friend. I want him to have a 40 pound friend. 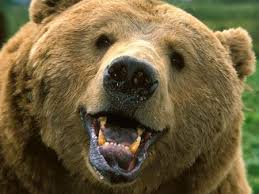 See? He’s not frightening at all!

He says that the puppy would eat the bunny. I say that we would train the puppy to recognize the bunny as his lord and master.

This is my inspiration for our Christmas card for next year.

Selling all of our possessions and moving to a house boat.