Happy Paczki Day! Or Mardi Gras! Or whatever you call it! Growing up, my family was firmly in the Mardi Gras camp, complete with King Cake. For the uninitiated, King Cake is a ring cake that is glazed to look like a bruise (Purple, green and gold if we’re going to be technical about it) with a plastic baby baked in it. The main goal of the King Cake is to stuff your face in the hope of finding the plastic infant.

(Actually, I have a hilarious story about trying to explain what the King Cake was to a bunch of my Jewish students at an independent school where I wasn’t supposed to talk about being Catholic. It went more creepily than it should have.)

These days, I’m ostensibly on the Paczki Bandwagon. You know, because I married a Polish person. Also, because I like donuts more than I like bruised-looking cake. Paczki Day can get pretty crazy here in Chicagoland, so I got together with my friends Marcia and Ben to order a dozen in advance for pickup yesterday. Truth be told, a dozen split between four people is insanity. I can never eat more than one.

I picked Bennison’s Bakery for a few reasons. First, it’s closer to my house and more driver-friendly than the downtown bakeries are. Second, you’re allowed to pre-order and prepay. Third, they have flavors that I’ve never even heard of – chocolate praline, what?

Yesterday, I took a break from my computer to scoot on over to Bennison’s to pick up my delicious morsels. 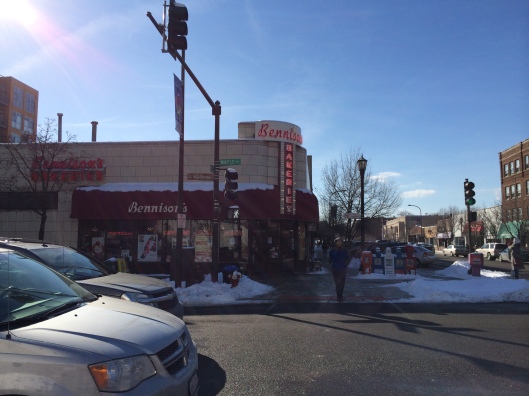 Then, we drove them over to Marcia’s so that we could share in the bounty. 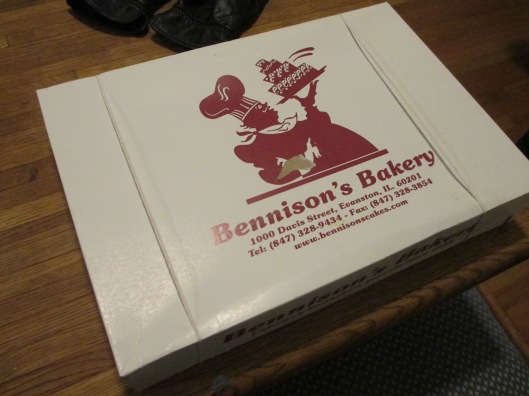 Our half of the spoils.

Here are some fun facts about paczki for all of you nerd-types:

Are you on team King Cake or team Paczki?